A farewell to Merlin

Halfway through watching ‘The Diamond of the Day Part 2’ I realized I was watching the very last episode of a show that has been a part of my life for the past four years.

Wow I really loved the fuck out of this show.  The costumes were great, the dialogue was fun and the characters were remarkably well developed. 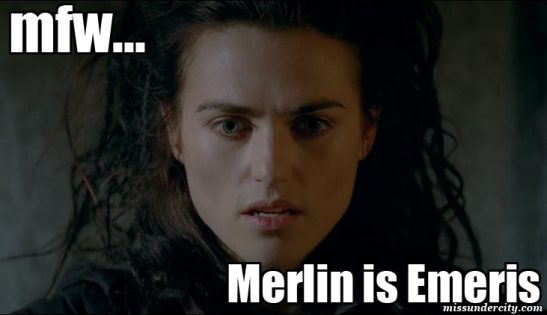 I think she’s halfway between, “you’ve got to be shitting me” and “FUUUUUUUUU!”

It’s almost insane to think about how far away 2008 seems and yet it’s almost like yesterday and Merlin, Morgana and Gwen were running through the castle trying to save a young Druid boy called Mordred.

How crazy it is that five years can change people.  Often times television dramas stay in a redundant cycle and the audience is stuck in time watching a show that doesn’t move at all for years.  Merlin showed a very real passage of time and I enjoyed watching a show portray changing characters rather than stagnant for the sake of audience comfort types. 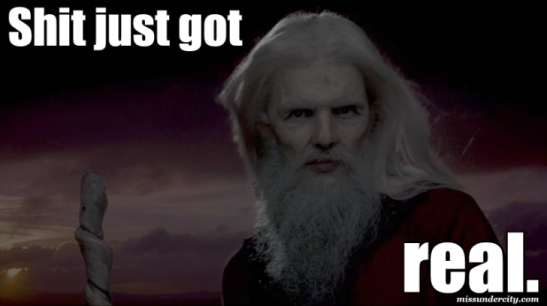 Ofcourse I know it had to end.  Halfway through the episode I kept hoping Merlin would get Arthur to Avalon and save him, or that maybe the show would be about Gwen and Merlin after Arthur died.  Anything to keep the adventure going, knowing that it would never happen.

If there’s one thing British television is good at its ending a show at the right time rather than continue it until it dies a slow and painful death from low ratings and public annoyance…(hear that you little colony across the pond?  Yeah, America, I’m talking to you).

I really like Colin Morgan and I hope to find him in other roles.  He’s also pretty cute too…but only if he would always act like Merlin, not sure I could wrap my brain around it if he really acts like a closet Geordie Shore castmember or something.